Our Branch was founded in 1956 by a small group of women. Some taught in local schools, one was a librarian at the San Bruno Library and a few taught at S.F. State. Those of us who joined later were either just finishing school, still in school or not even born as yet. We do span the years. The Branch was founded as San Bruno Branch and fairly recently became The North Peninsula Branch as members came from Daly City to San Mateo.

We were a very active branch from the beginning and became involved in the community set- ting up the first Head Start Program on the Peninsula, helping with UNICEF drives, studying various environmental problems and teaching an environmental segment including use of a flannel board in the local grade schools. The studies of the environmental issues in our area led to the branch leading the state in taking a stance against the Peripheral canal, the pro- posed Southern Crossing and the destruction of San Bruno Mountain to fill in the bay. More recently the branch has been involved in the fight for Equal Rights for Women with an empha- sis on Equal Pay for Women.

Our work is far from done and we all enthusiastically support women in all fields of endeavor with emphasis on the STEM professions. The branch each summer sends three or four young seventh graders to TECH TREK, a camp that introduces girls to science and technology. This Holiday celebration was a big event that specifically addressed this goal of ours. We success- fully raised the funds we need to send at least 3 of our local girls to Stanford. Everyone was in great spirits, the food spread very satisfying and the mood was festive. Thank you to Kay Arnaudo and the Recorders for setting the tone of this event and to the best auctioneer of all ages, Catherine Wilkinson, who made it possible for a lot of us to reach deep into our pock- ets. We thank you all for coming to share the joy of giving.

We are all very proud of our involvement and hope to instill in new members the same enthu- siasm for supporting AAUW’s causes. 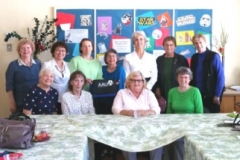 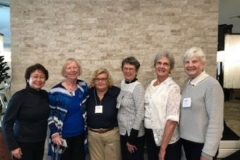 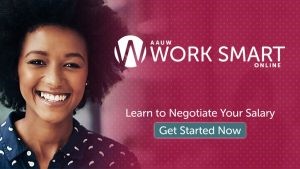